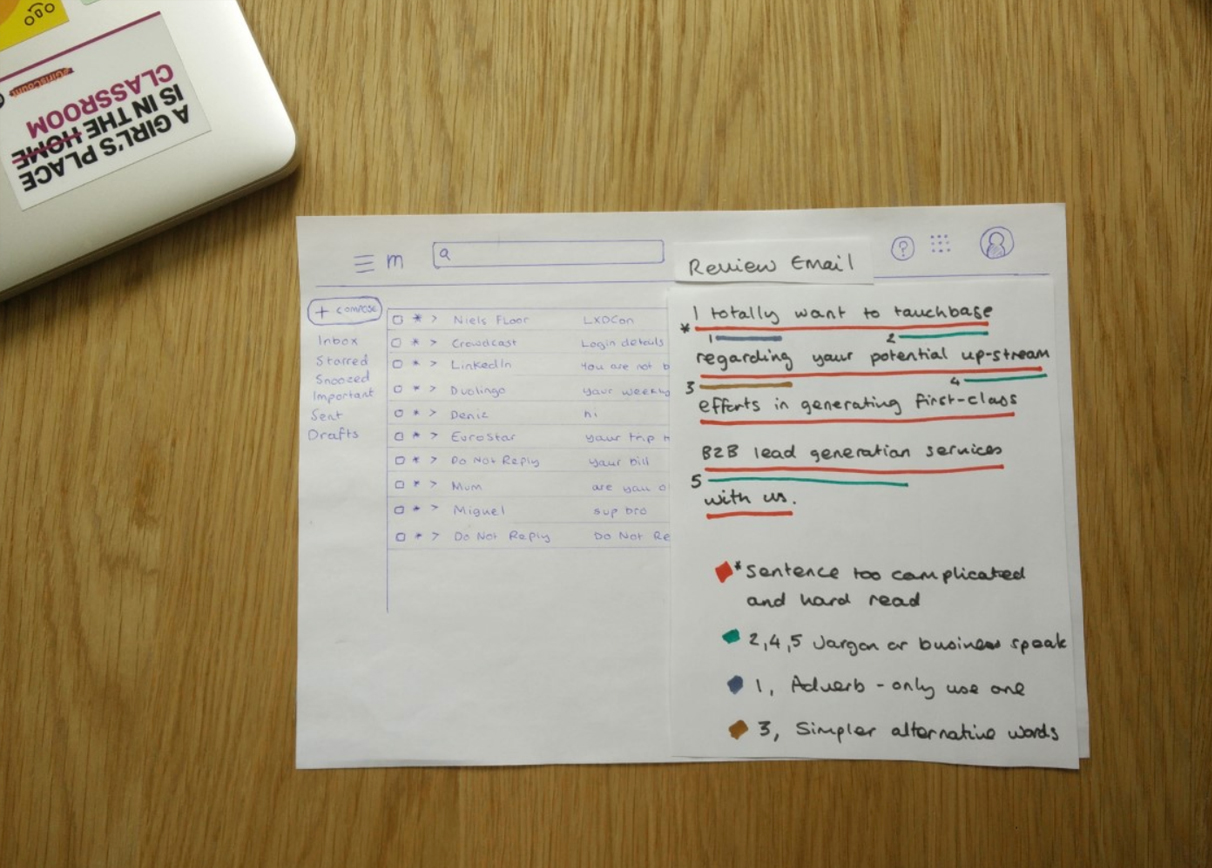 Help my student learn how to communicate in a more accessible way.

Especially now, given the Covid situation, access to learners is difficult. So, I am using my girlfriend as my learner and co-creator. I tried to build in as much co-creation as possible.

The first thing we did was to create an Empathy map to try and draw out any unexpected insights, behaviour patterns. Would have preferred to do this with sticky notes but I only had 4. The idea behind the Empathy Map is to understand how my Learner learns. What her attitudes and needs are. 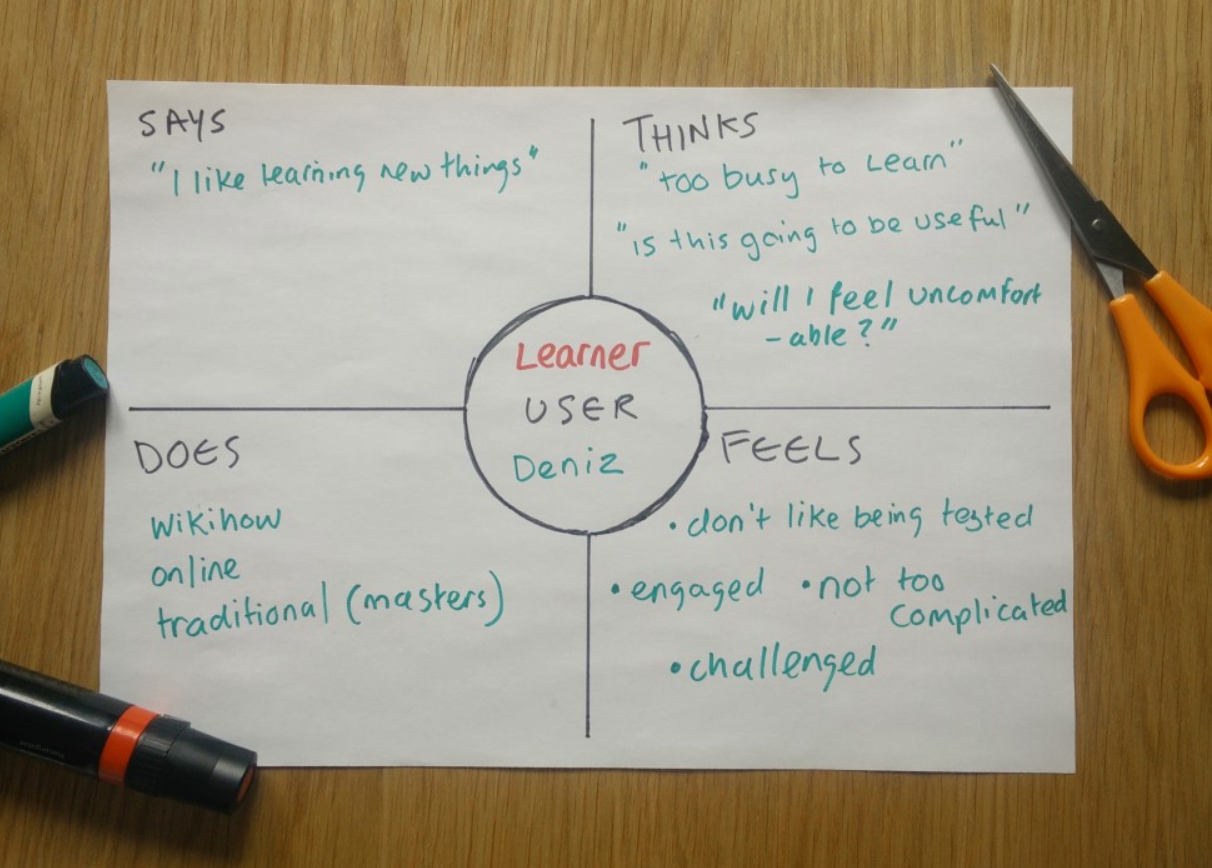 To generate ideas, I did a very simple rapid-ideation session. We both (user and myself) had to come up with 3 moderate ideas and 2 “wacky” ideas, in 5 minutes. The ideas are as follows:

2. Rebuild the English language, because it is just too complicated. Teach that instead.

3. A course on how to use alternative communication, e.g. gifs/emoticons etc.

4. A course on sign-language.

5. Rules. e.g. Can’t use words with more than 6 letters in them + Abbreviations are banned.

6. Game: Animal-crossing+duolingo stories but with interactions that are hard to understand. Creates empathy. Choose alternative language to unlock next bit.

I drew out the 9 ideas to get a grasp of how they would work. e.g. 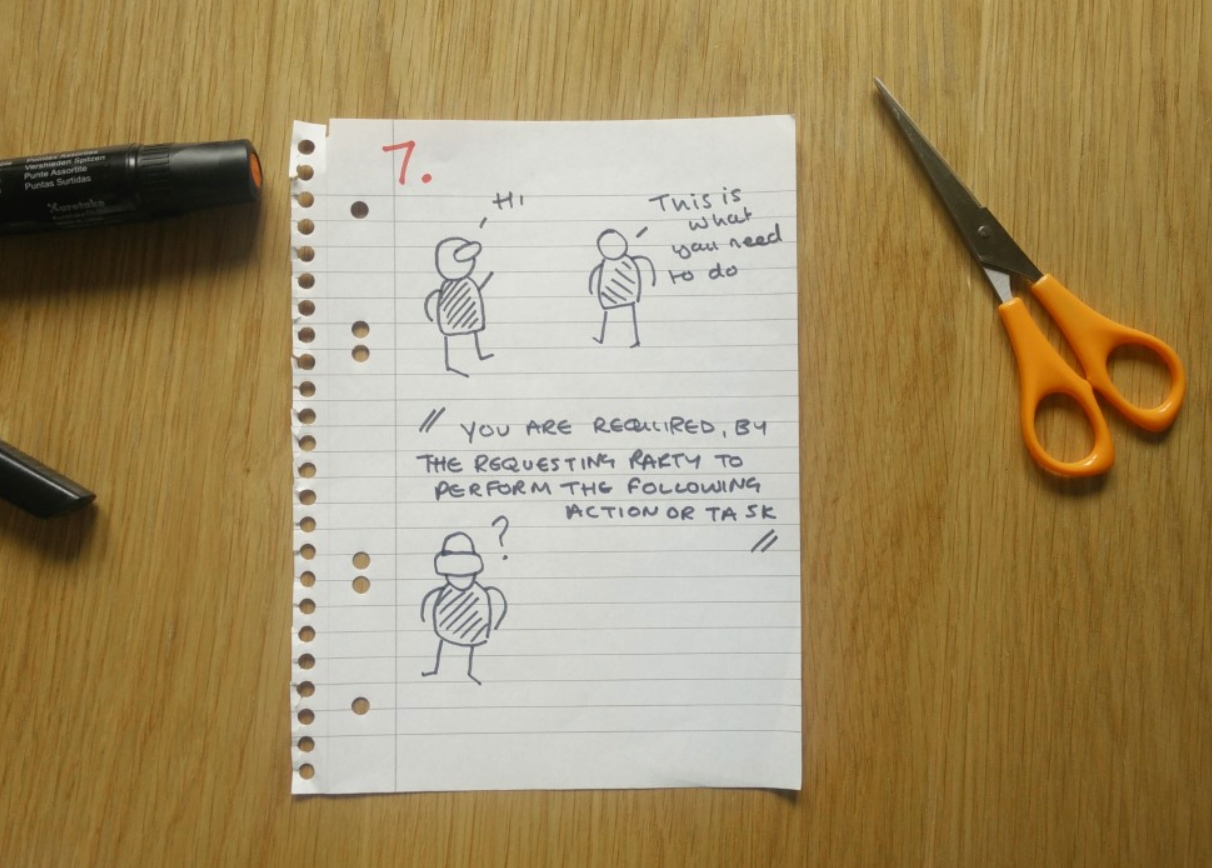 The figure on the right is wearing the VR headset, says – Hi.
The figure on the left says “this is what you need to do”
The VR headset converts that into a hard to understand sentence (to gain empathy from which to learn from)
“You are required, by the requesting party, to perform the following action or task”

At this point I had drawn-out 9 concepts but don’t know which one to take forward. To work this out I asked my learner to plot the number of each idea on a graph (value versus commitment/effort). The goal here was to work out which ideas were the most efficient. Difficulty of development was not a consideration, we presumed that everything is possible. The only considerations were perceived learner commitment/effort and perceived value. 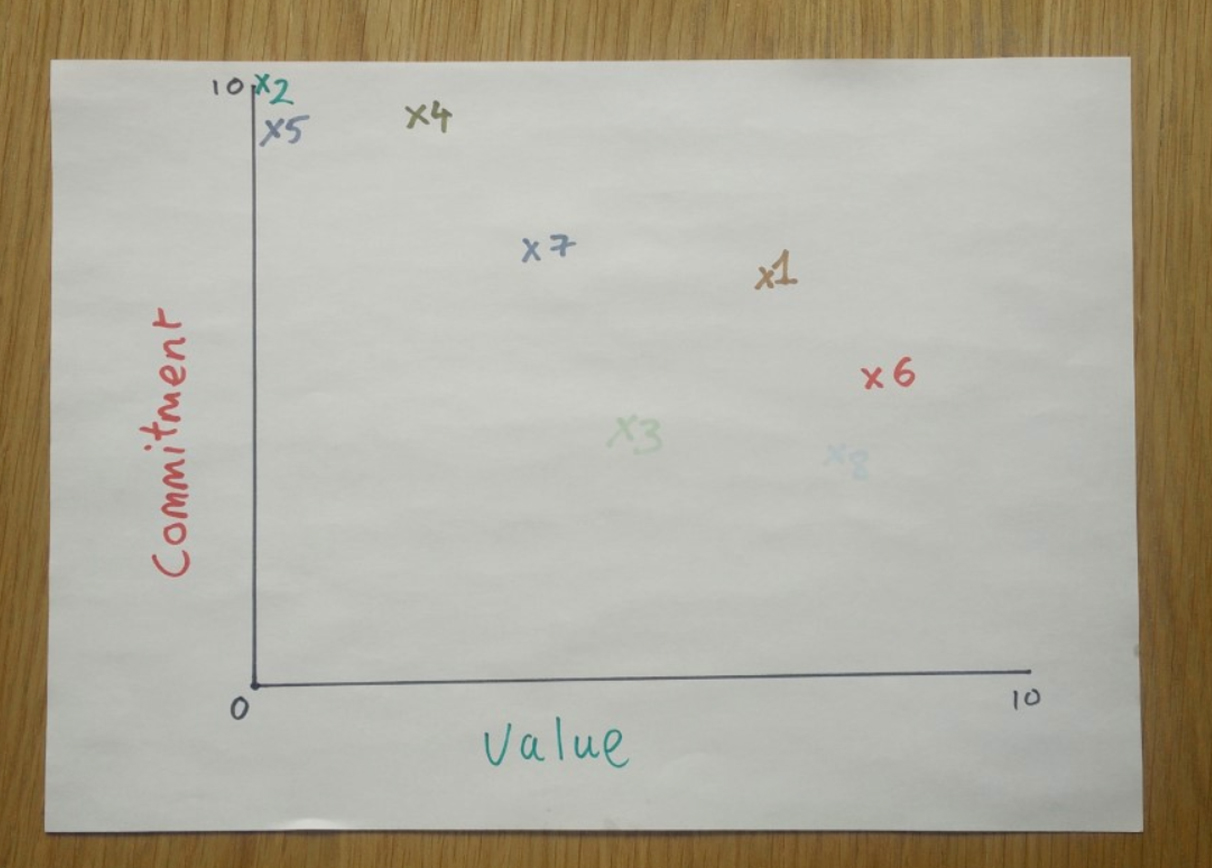 One of the coloured pens is very light (accessibility issue), but the 8th idea is in the bottom left, just below the 6.

After a discussion, we opted for the email-plugin because of how immediate the learning and applying is.

We did this, as with the rest, in a low-fi way. The video shows (just incase it isn’t clear):
– opening email app
– typing out message
– being presented with alternatives (per sentence)
– choosing alternative
– sending message

I found that maybe the solution it is a bit too simple and that maybe it doesn’t provide enough learning value. The learner semi-consciously learns (how to avoid suggestions in the pop-up) but isn’t provided any explanation of what has happened. So, to improve the learning experience there should be a review option on the email. This option/page could also be accessed at any time and would explain (with the email examples) why the plug-in suggested what it did.